How do you suggest a large institution go about changing a can’t-do attitude to a can-do attitude when morale is low? We’ve had budget and staffing cuts and have a history of “silos” throughout the organization. Can you help?

Signed,
Salvaging What I Can 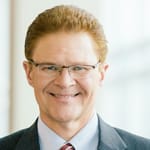 VP of research at VitalSmarts

David Maxfield is a New York Times bestselling author, keynote speaker, and leading social scientist for business performance. He leads the research function at VitalSmarts, a corporate training and leadership development company. His work has been translated into 28 languages, is available in 36 countries, and has generated results for 300 of the Fortune 500.

You’re taking on a challenging and worthy goal. If you can improve morale, you will not only improve performance but also change lives. And don’t believe you are attempting the impossible. We’ve seen and been a part of many of these positive turnarounds.

I don’t know your institution, your industry, your history, or your competitive environment. This lack of information means my suggestions will have to be fairly general. The good news is that they will be relevant to a wide range of readers.

I’ll take an outside-in approach, first looking for barriers that impede the culture, and then at motivators that could pull the institution in the right direction.

This is the most efficient place to start, because removing a small number of demotivating obstacles can release a flood of positive energy. Conversely, if you allow barriers to remain, they generate negative stories, rumors, and beliefs. People imagine the worst and begin to question leaders’ motives.

Bring together a group of decision-makers and have them conduct listening tours. Ideally, this group will include formal and informal (opinion) leaders from across the institution. The first goal of the tour is to identify patterns of problems that span regions and silos. The second goal is to position leaders as listeners, as people who want to understand and remove barriers.

I like a modified version of GE’s ritual, the Work-Out. Select a key barrier you discovered during your listening tour—a barrier that spans silos, impacts a lot of people, and is particularly demotivating. Bring together the decision-makers who can take positive action and have them discuss and solve it in a time-limited workshop or series of workshops, while a larger group of stakeholders observes. The goal is to get problems solved in a way that demonstrates responsive and decisive leadership. By calling this a “ritual” I’m suggesting that these Work-Outs become a regular, ongoing part of your institution.

A listening tour is a great way to kick off a change, but lasting change requires a way to systematize the process. You need a way for people to voice their concerns in a positive way, or they will voice them instead as negative, self-defeating stories. One method that works is to schedule regular, perhaps quarterly, focus groups with opinion leaders from across your institution. Use these meetings to surface concerns that haven’t been solved through your regular channels.

Reinforce the connections that already motivate people within your institution. This means examining the purposes that motivate your workforce and improving the connections between their daily jobs and these purposes. We find it’s helpful to group purposes into the following five categories:

As leaders, our goal is to make these connections as clear and fulfilling as possible. Ideally, employees experience tight connections to all five of these values.

Strengthening these connections can take several forms. Generally, you want to make the connections easier for people to see and experience, as well as find ways to remind them of those connections during trying times.

Consider as an example the following short video Thanks for Trying. Imagine a workforce that’s under a lot of stress, juggling a lot of tasks, and not always succeeding. Now add that people’s lives are on the line. “Thanks For Trying” was created to remind employees of the positive impact they have—even when they fail.

I’d love to hear what others have done to improve morale across an institution.

y to influence people to carry out those ideas or strategies. In others words, it’s a failure of leadership. Leadership is intentional influence. It is a systematic process of influencing the behavior of others in order to achieve important results. If at the end of your “leadership” people …

The Differences Between Behavior and Culture David Maxfield Dear David, How do you define the difference between behavior and culture? Does behavior drive culture, or does culture drive behavior? Sincerely, Natural Order of Things Dear Natural, The short answer is that behavior determines …